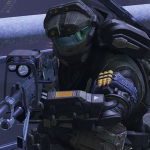 REALNerfninja6, One of the first ARF's (I didn't hear about Rebelle till' later) and a great guy

NSA335, I love Halo, he is funny and a great guy too, never knew he was from Singapore XD

TMG, He also dosen't hate me, he likes Vintage a lot, he also hates the Secret Strike and Longstrike, which I'm cool with, Good Guy.

NK77, He's a Canadian too, which is cool. It's really simple to talk to him because he's a Canadian and understands how much stores in Canada SUCK for Nerf. He's a Cool Guy,

Swelldrew69/Helldrew666/Ghastkid113- My friend in real life, but enemy on Wikia

Retrieved from "https://nerfpedialegacy.fandom.com/wiki/User:Destroyer334545?oldid=36233"
Community content is available under CC-BY-SA unless otherwise noted.