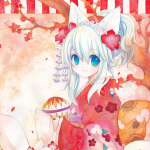 Well, since BSim referred me to this wiki, I figured I should at least make a basic user page for myself. My actual arsenal is extremely shallow, but the topic of Nerf blasters does interest me to a certain extent.

You might be looking at the last two and thinking, "Seriously, man?" I will respond to this in advance with the following: "You can think what you want, but I don't believe in this idea of being manly. Besides, the Powerbelle is basically an upgraded Speedswarm."

I've never attempted to make anything like these, and most of them are probably as stupid as they sound. I didn't come up with all the ideas here, mind you.

Retrieved from "https://nerfpedialegacy.fandom.com/wiki/User:Foxhead128?oldid=29460"
Community content is available under CC-BY-SA unless otherwise noted.